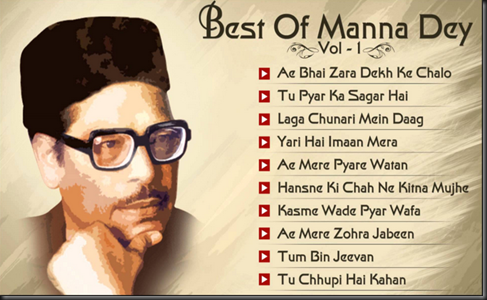 He sang mainly in Hindi and Bengali; he also recorded songs in several other Indian languages. His peak period in Hindi playback singing is from 1953-1976.

Out of his  many memorable songs, Madhushala was one of the best of them…Ae Mere Pyare watan song from film Kabuliwala touched everyone !!

Madhushala by Manna Dey
Posted by Jeevan Jyoti at 5:18 AM No comments: Links to this post